Lila Nelson Weller, our matriarch and the rock of our store, died this morning. She was 105. 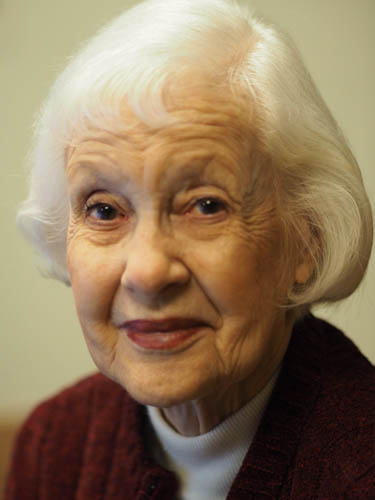 d to Lila as the world's oldest working bookseller. Until the covid outbreak in early 2020, Lila came to work in the bookstore for a couple hours most days of the week, spending her time in the Rare Books room with her son, Tony. She was upset in February of 2020 when Tony told her she couldn't come to work any more because the risk to her health was too great. She spent the last year of her life at home lovingly cared for by Debra Krings. That is where she died, asleep in her bed surrounded by bookshelves and pictures of the people she loved.

Lila began working in the bookstore then called Zions Bookstore in the 1950s. Her keen intellect and insight into systems, her financial acumen, and her solid good sense help grow the store into a remarkable business. Sam Weller could not have created and sustained the bookstore that was eventually known as "Sam Wellers" or just "Sam's" without Lila. The accurate, easily updated paper inventory system she created was legendary in the pre-computing era. It was Lila who brought the financial books into line and kept them that way. She was always ready with vitamin C and tylenol when an employee felt a cold coming on, and advice when Sam yelled about something. And she grounded Sam when he needed it.

Lila was more than a woman who helped build the bookstore. She was an insightful and discriminating reader in her own right. Her friends knew her as a quiet, steady woman, a loyal friend. She was so even tempered that more than one person remarked upon her buddha like nature. Lila was also a secret astrologer and could read palms. She learned to speak a dialect known as "carney" when she was a young woman and would do so when asked. It was always fun when she chose to share those secret skills.

105 years is a long time to live. Lila scoffed at people remarking upon it and wanting to celebrate her extraordinary life. "All I ever did was not die," she said. She did so much more than that in her years. The Weller family and its booksellers from throughout the decades will miss her terribly.