VOTE NOW for the Reading the West Awards 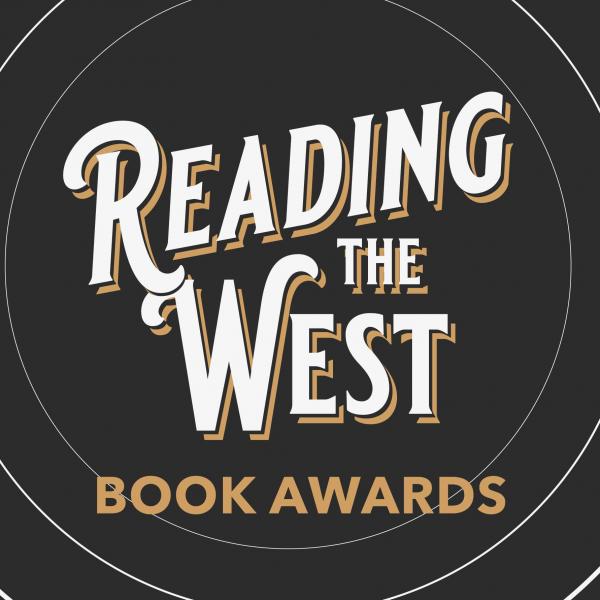 Weller Book Works is part of an association of independent booksellers in the Rocky Mountain and Great Plains known as the Mountain and Plains Independent Booksellers Association. Stores in Utah, Arizona, New Mexico, Wyoming, Montana, Colorado, Idaho, Nevada, Texas, Oklahoma, South Dakota, Nebraska and Kansas come together to share, promote, and award the best books for our region. The program is called Reading the West and again this year I had the privilege to be on the Non-Fiction reading panel. It’s a lot of work, but enjoyable to sift through and read portions of over 45 nominated titles. This year we have opened the voting process of the short list of five titles to bookstore employees and most importantly to you, the reading public.

I wanted to highlight my chosen five titles and why I thought you should read them, even though two of them did not make the short list 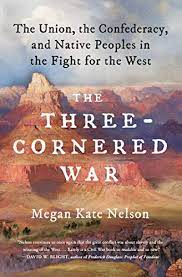 My favorite of the books was The Three-Cornered War by historian Megan Kate Nelson. In a history as broad as the American Southwest, Nelson weaves the stories of nine historical characters into a fascinating and well-researched tale. The pace is fast and the writing is excellent. I enjoyed her use of historical characters to flesh out the history of the Civil War in the West. You’ll learn many new things through reading this book, and her use of major historical figures will engage you. Nelson explains just how far-reaching the Civil War was and the effects it had on the native peoples living there. 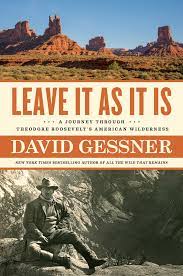 Gessner. Gessner has written an entertaining and thought-provoking book built on three layers: biography, travel narrative, and history. There is a lot of discussion of how public land use has evolved in our time and what needs to come next. Many writers have already championed President Theodore Roosevelt with the birth of the conservation movement, but Gessner tries to craft this legacy through Roosevelt’s experiences and writings into a vision for what we face today. Timely and important, this book raises many questions as to the future of our public lands. Our store loved this book so much, we made it our Best Weller’s pick for December/January 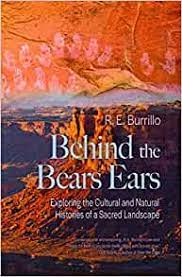 My next book is one that also did not make the short list, but is a very important book for our region: Behind the Bears Ears by R.E. Burrillo. Within the deep sandstone canyons and atop the desert mesas of Bears Ears lie pottery shards, projectile points and ancient petroglyphs. Follow Burrillo through a journey of discovery, both personal and historical to uncover the hidden stories of this mysterious land. His personal touch in relating the history of archaeology in the area and his own tale of falling in love with Bears Ears are humorous, thought-provoking, and entertaining. He also shares his views and the reasons why this area needs protection.

I enjoyed Rick McIntyre’s first book The Rise of Wolf 8, his second Book The Reign of

Wolf 21 made it to the shortlist. An amazing inside look at the Druid Wolf Pack of Yellowstone. Intimate observations sure to please wolf lovers. Written as if the reader is there with the author observing the daily on goings of these wonderful animals, his chronicling of the relationship between wolves 21 and 42 are moving. McIntyre’s many years of observation gives an authoritative voice to the reasons for some of the wolves’ behavior and you’ll wish you were there with him.

My last choice is really an amazing book, Billionaires Wilderness by 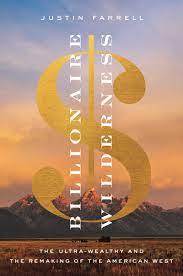 Justin Farrell. Come “chew the fat” with the new ultra-wealthy and observe the growth of economic inequality in one of the most breathtaking areas of our country. Farrell’s in-depth sociological portrayal of the interactions of wealth and near poverty is sure to provoke discussions about the directions the new American West is taking. His interviews and analysis are compelling. This is an important book for those of us who live and work in the West. I enjoyed his portrayal of the wealthy trying to fit in by being “normal” folks lifting up the myth of the Western rural cowboy and townsperson.

Two other books on the shortlist would have made my list if I could have chosen seven. Half Broke by Ginger Gaffney, is both a very well-written, human and equestrian tale of broken lives. The book takes place in a prison ranch set up for inmates to work out their lives. The protagonist of the book is called to the ranch because two horses haven’t allowed anyone to touch them since they came. It’s a heartwarming story, by an author who really knows horses. 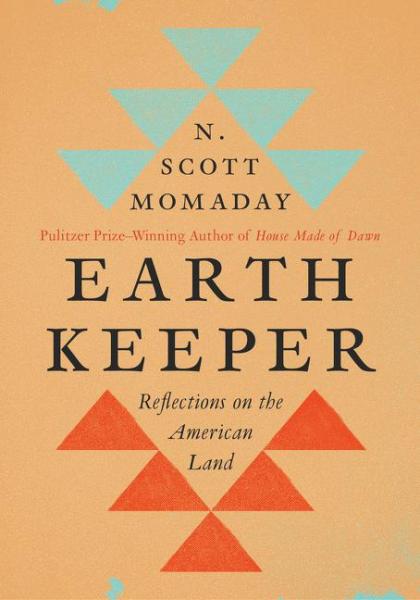 d lastly, Earth Keeper by N. Scott Momaday, is a gem of a book that could be read in one sitting, but you won’t want to. Instead, you’ll want to savor the reflections and stories by this Pulitzer Prize-winning author. He recalls stories of his childhood told by his elders of our sacred connection to the landscape and of our responsibility for taking care of the land we live upon.

Voting is open to the public until May 15th, with the winners will be announced on the 25th. Ballots can be accessed through Reading the West.