A Year of Pandemic

Last year, we did not produce newsletters between February and June. This year, there are no gatherings or in-person author events scheduled for March and April. We are still living in pandemic times. At this anniversary of the onset of the global crisis named CoViD-19, we are different people. I am grateful that our staff and bookstore have remained uninfected. Our masks, sanitization and distancing measures are designed to keep it that way. As dark a cloud as the pandemic cast over 2020 was, the virus was only an awesome backdrop for many happenings in one of the most troubled years most of us can recall. 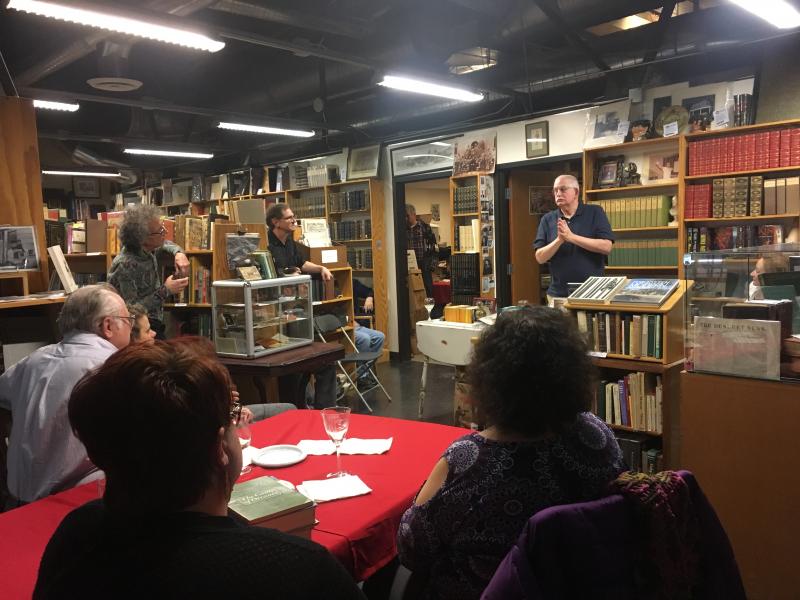 When it becomes safe to again gather, I look forward to renewing the monthly Collectors Book Salons. The last one that we had featured John Reed speaking about the uncommon trajectory of his life, explicable, somehow, through his consumption of mass-market military histories. By March we were forced to cancel collector’s chats by John Sillito and Madelyn Garrett.

Last year, as news of the pandemic grew, it did not take long to lose faith in national and state political competence for guidance. We were about to reduce business hours for safety when we were surprised by the earthquake that shook the Wasatch Front on March 18th. After clean-up and wit-gathering, we returned to bookselling with shortened days. We had planned full closure on the 30th, when Salt Lake City Mayor Erin Mendenhall suddenly preempted our date with city-wide closure on the 28th.

In the early days of shutdown, like many others, Catherine chose to learn to bake with sourdough. After some weeks of process, her sourdough loaves became a regular part of our pantry. One of the best of our family customs was reading out loud together in the evenings. Catherine and I started this with our baby in 1997 and our family took turns picking books and reading together for 19 years. The custom lapsed during Lila Ann’s college years but Catherine and I decided we missed it and brought it back into our evenings during the pandemic with the reading of Don Quixote, which we read together between spring and autumn. Now we are enjoying our second reading of Martin Seay’s Mirror Thief.

The bookstore was closed for not quite five months, until August 17th. Family members processed web orders for mail or curbside pickup. In the early days of the pandemic, readers wanted books on plague and pandemics, along with baking, fermentation and raising chickens. Many readers decided, like Catherine and I, that it was a good time to read classic books. These patterns held until they were knocked aside by nationwide protests following the tragic killing of George Floyd. The so-called United States have not yet exorcised the demons of ancestral bigotry. And we will not until we face and eliminate the structural inequities built into our society. As protests roiled our nation, many of us were horrified by counter-protests defending racist beliefs we had hoped were nearly extinct. Most know the protests were just and my pride swelled when I came to our shuttered bookstore in May and found Black Lives Matter and Rainbow flags in our window. 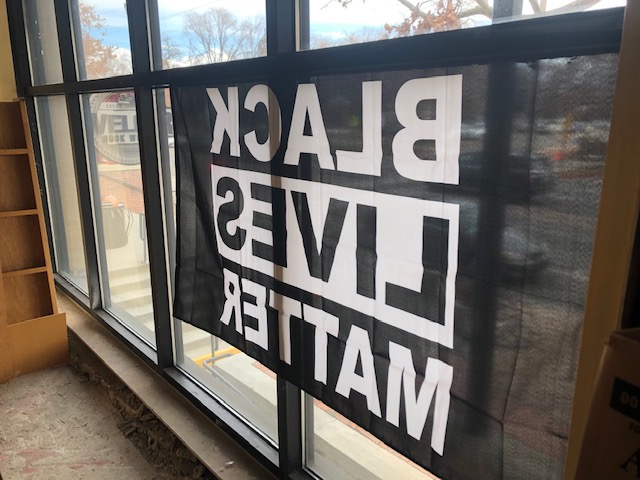 A few weeks into careful reopening with slight staff and meager hours, while accustoming ourselves to new levels of anxiety, cleaning protocols and facial fashion, we were startled on an early September morning by a massive windstorm that delivered 100 mph winds and widespread damage. During pandemic, following the earthquake, and the protests, the windstorm made 2020 feel like a dystopian science fiction novel. That our president so resembled a two-dimensional cartoon villain deepened the bizarre feeling. What effects this will have on persons and people is yet to be understood.

Some days after the windstorm, a displaced owl took residence in an abandoned robin’s nest on a protruding capital of a pillar on our porch. It stayed for a day, left the next, and returned again. It felt auspiciously magical to have an owl on our porch. It was gone on the fourth day and Catherine and I felt sad – we had begun to think of it as our owl. 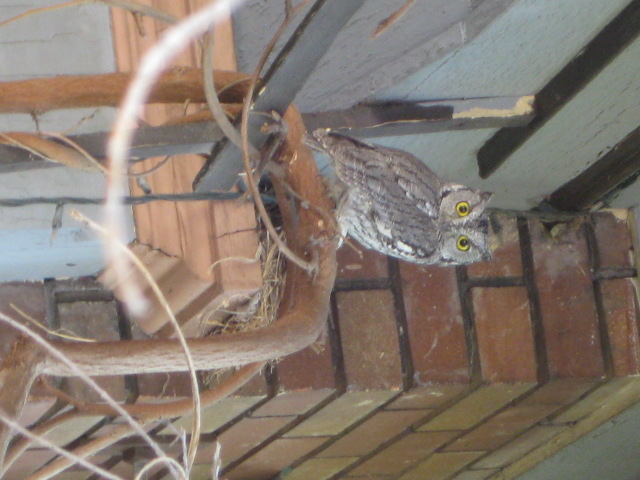 Many have commented on the odd affect the pandemic has had on sleep and dreaming. I am no lucid dreamer but in my twenties I overcame nightmares with a simple dream exercise learned from Carlos Castaneda, not all of whose advice I follow. Bizarrely, with the pandemic came outrageous and memorable nightly dreams for me. Our days were tediously similar but by April I would go to sleep with enthusiasm wondering what fantastic events would be in store each night. Sadly, the run of clearly remembered dreams has now ended. But in October I had what I believe is the most remarkable dream ever, which is amazing since I have flown with Superman and swum with dolphins. Last October, I enrolled in a college course that taught how to extract physical objects from computers using mind power. Our class was small and I was the oldest student in it. Our professor was coaching us how to pull continuous strips of paper from our computer monitors when I became distracted and impatient and decided to drive mental music into my machine. Immediately, my monitor began pouring bright psychedelic patterns into the classroom and they enveloped us on all sides, pulsing and morphing in tight and complex coordination with the music, the music of my mind.

I really want to do that dream again. 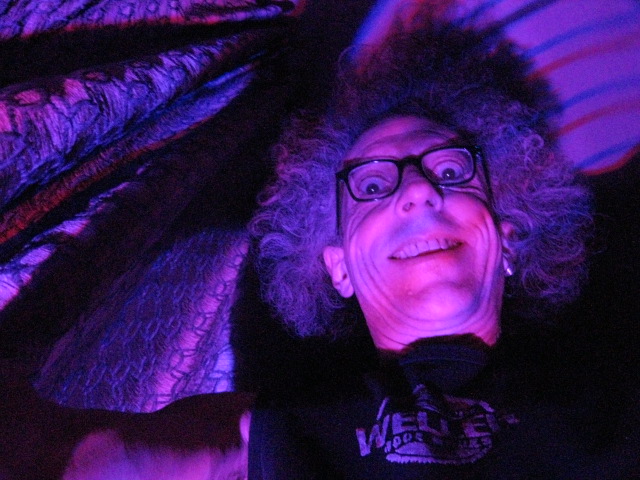 As we moved toward winter, I felt pretty dark. The bookstore was doing okay and none of our staff had become infected. The cumulative effects of anxious pandemic tedium combined with the chaos and instability of the least civilized election year I’ve ever witnessed made the announcement that Utah would lose printed versions of its daily newspapers at the conclusion of 2020 emotionally devastating. Most of my life I have read the Salt Lake Tribune each morning. I am getting accustomed to the digital news and feel especially good on Sundays when I read the paper.

Could there be stronger evidence that the culture shift we’ve been straddling has nearly concluded? Not that change ceases, but we are witnessing the passing of a paradigm. Let not oldsters impede the paths of our children. As decent parents should, let us help. Many have speculated that the world will not return to the patterns we remember. The paradigm to which we are accustomed has been at breaking point for years and the definitive disruption the coronavirus caused is likely the final factor precipitating a new chapter of history. We are its authors. Let’s write with open eyes, open hearts and compassion. I remain hopeful because I believe in the decency of people, that it is hardship, poverty, neglect and abuse that make monsters.

But the truth of a single world with intertwined interests and problems cannot be denied forever. It is typically the children who embrace a generation’s most profound discoveries. Let us acknowledge and embrace the less encumbered visions and hopes of the young. For hell’s sake, the future is theirs!

A survey of history shows that it takes massive energy to reform any system of government. If one examined positive historical events, one would see that most occurred following messy disintegrations of civility. You know, war, pestilence and natural disasters. Maybe, when humanity finally achieves some control over CoViD-19, the subsequent cultures will have a more holistic understanding of our mutual needs, desires and rights. Hey, is anyone checking birds at the U.S. border? Do coyotes use passports?